The Bossche bollen comes from Den Bosch, which is found in the south of The Netherlands: in the province of Noord- Brabant. The Bossche bol is a speciality made from the batter of profiteroles, dipped in dark chocolate and then filled with whipped cream. They are around 12 centimetres in the diameter and are pretty large Dutch pastries. Although Bossche Bollen looks like the smaller Dutch treat, called ‘moorkop’, those are usually glazed and have an extra piece of whipped cream on top.

The current Bossche bol is mostly made famous by the baker Jan de Groot in the city of ‘s-Hertogenbosch (or Den Bosch). However, the forerunner of the Bossche bol was already made before the 20th century. This was done by confectioner Lambermont, who ran a bakery in the former Vischstraat. This treat looked a lot like a ‘moorkop’ but was filled with confectioner’s custard.

In 1937, the bakery of ‘t Kupke decided to create a variation on this delicious Dutch delicacy. He made a profiterole, with a hole on the bottom: then filled the inside with whipped cream and covered it with chocolate. It was named ‘Bossche meisjes met slagroom’, which translates to girls from Den Bosch with whipped cream.

Nowadays, the Bossche bol of baker Jan de Groot is the most famous and popular. Every baker is allowed to make this pastry, and one baker does not own it. It is now not only known within the town of Den Bosch, but also outside the city and even the country of The Netherlands. The exact recipe changes from baker to baker, but I hope that this Dutch chocolate profiteroles recipe will blow your mind away (in the right way). Bossche bollen come from the city of Den Bosch in The Netherlands. And they are delicious. That’s why you will find a great Bossche bollen recipe down below. If you’ve never heard of these tasty Dutch profiteroles: they are big, chocolate pastry balls, filled with whipped cream. It’s a real treat, and not something to eat every day, but so good. So, I hope you will find this Bossche bollen recipe as tasty as I and that you will enjoy these Dutch chocolate puffs.

1. Put the water, butter and salt in a pan with heavy bottom and bring to the boil.

2. Sift the flour over a bowl and add this all at the same time to the boiling water while stirring constantly.

3. Keep stirring until a dough ball forms in the pan.

4. Take the pan off the heat and add the eggs one at a time. Add the second egg when the first one has been incorporated into the dough. Keep stirring until you have a nice shiny dough.

5. Divide the dough into 6 balls and lay these on a buttered baking sheet. Put the profiteroles in a preheated oven (225 °C / 437 °F) for 20 minutes until they are done and have turned golden brown.

6. Turn the oven off, open the oven door just a little and leave the profiteroles to cool down inside the oven for 10 minutes.

7. In the meantime, whip the cream with the icing sugar, vanilla seeds and the egg white until stiff.

8. Sift the 100 grams of icing sugar with the cocoa powder over a bowl. Stir in the other egg white, a drop a time, until you have a thick, shiny mixture.

9. Fill a piping bag with the whipped cream and use it to fill the Bossche bollen, by making a little hole underneath, through which you can stick the piping bag.

10. Brush the tops with the cocoa icing.

This is one of the best Dutch chocolate pastries you can find in The Netherlands: some might even call it one of the best Dutch chocolate desserts, although I don’t find it a dessert. For me, and most Dutch people, they are a treat that you have with a cup of coffee or a tea and on special ocaissions. However, if you want to eat this Dutch delicacy as a dessert, I’m not the one to hold you back. But, generally, we have many Dutch desserts and this particular sort of profiteroles is traditionally not one of them. These Dutch profiteroles are to die for and I truly hope you will enjoy making Bossche Bollen with this recipe.

Share this Dutch food blog with your friends, or family members, who you think will love this Bossche bol recipe! 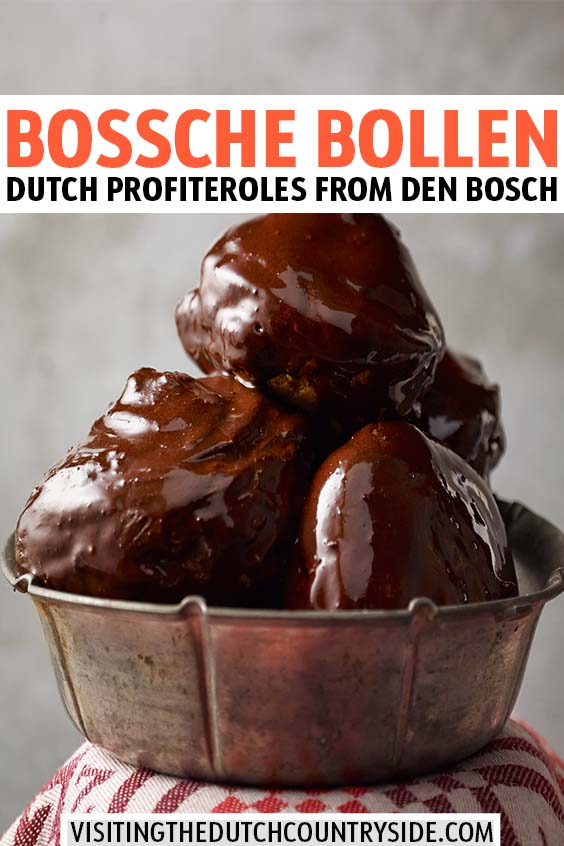 This recipe comes out of the Dutch cookbook: The Dutch Kitchen, a fantastic book that exists out of twelve Dutch food menus: for every Dutch province one. It is filled with traditional, regional Dutch foods and written by Claartje Lindhout. It was published by Brecht and costs around 13,99 euros. 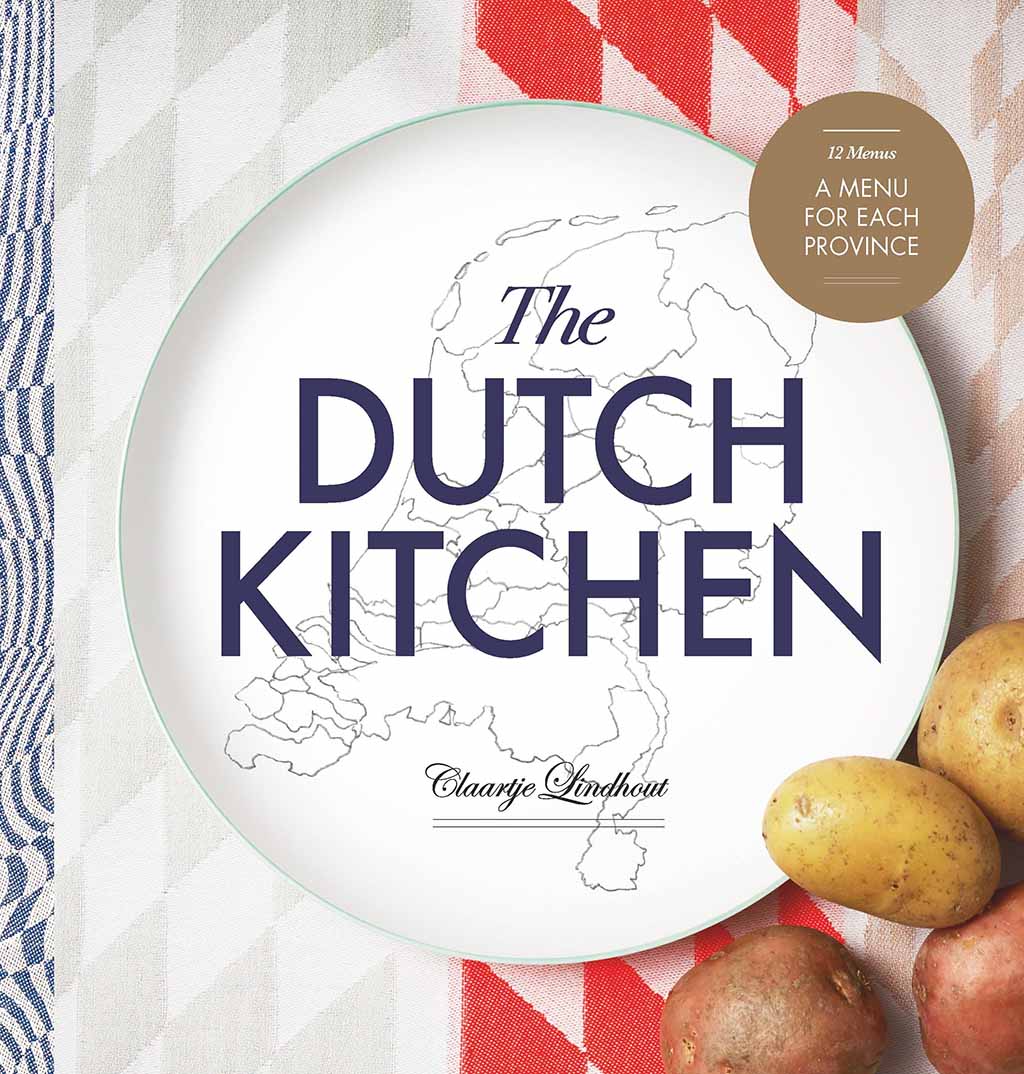