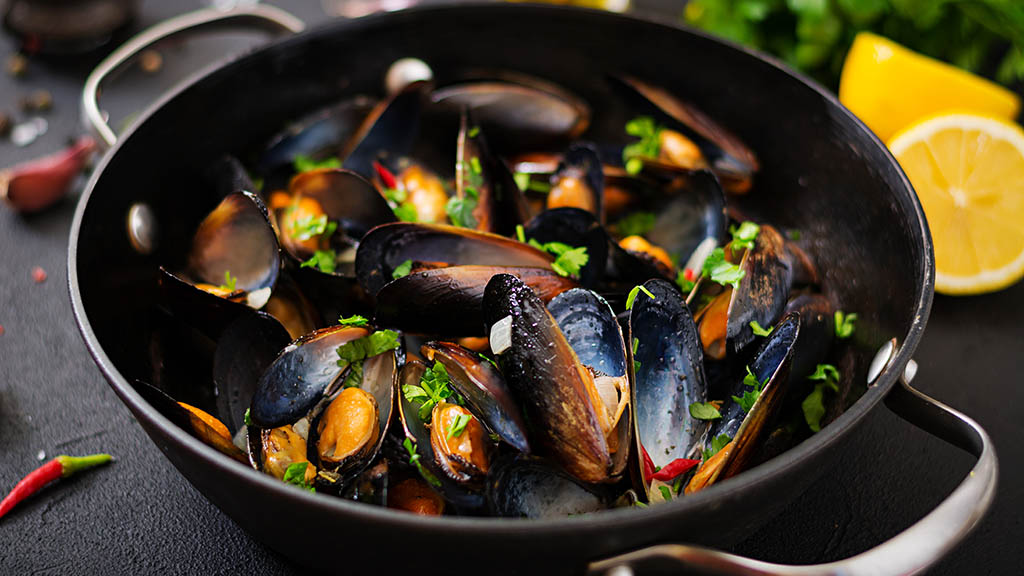 This mussels recipe also includes tips on how to clean and cook mussels. It’s a very easy and simple mussels recipe, but delicious.

History Dutch Mussels in The Netherlands

Mussels have been eaten by people who lived along the coast in nowadays The Netherlands. In the 15th century, people discovered that you could place a surplus of the mussels in the water closer to home, and they would continue to grow and could be harvested later on again.

Over the centuries, the demand for mussels increased, which led to overfishing in the Zeeland region’s waters and discussions between the local fishermen. That is the reason why mussel fishing has been regulated since 1825. The fishing period, methods and the size of the mussels were all written down. Fishers were able to fish for mussels on plots of the sea that they won in a draw. From 1870, the musselgrounds could be rented. It takes around two years for a mussel to grow into the one that you consume.

Nowadays, most Dutch mussels come from the town of Yerseke and Bruinisse (both are located in the Zeeland province). You can also find mussel fishers in Zierikzee, Tholen, Hontenisse and Wieringen.

1. Clean the mussels really good on the outside and check if they are not broken or opened. If mussels are opened: Tick them on your counter. If they don’t close, they are dead and should not be added to your pan.

2. After you’ve cleaned the outside of the mussels, you will rinse the mussels under running water.

3. Now, you will add layers to your pan: you can either use a special mussel pot or a tall soup pot.

4. Add a layer of mussels to the bottom of the pot. Then add a layer of onions, celery, black pepper, thyme and salt (optional chilli flakes or red peppers). Add another layer of mussels, then another layer of vegetables and spices. Continue your mussels’ layering, but make sure that you don’t fill your pot with too many mussels. You should have space in the pot for the mussels to turn around when you shake the pot later on. I can recommend you only to add approximately 1,5 kg per pot.

5. When the layers are finished, you add the lid to your pan.

6. Put the heat source on the highest heat and place the pot with the mussels on it. If your mussels are fresh, you don’t have to add water to steam/boil them. Otherwise, you need to add a little bit of water.

7. In the meantime, you make sure that the bottle of beer is opened.

10. Let the mussels boil again; as soon as that happens, you take the pan off the heat and shake them around one last time: Your mussels are finished.

These steamed mussels without wine are delicious and is, in my humble opinion, one of the best mussels recipes in the world. Not only is this an easy way to cook mussels, but it’s very quick too.

Do you have leftover boiled mussels? Then this little recipe for baked Dutch mussels is fantastic for you, as we don’t let these bad boys go to waste. It’s so tasty. 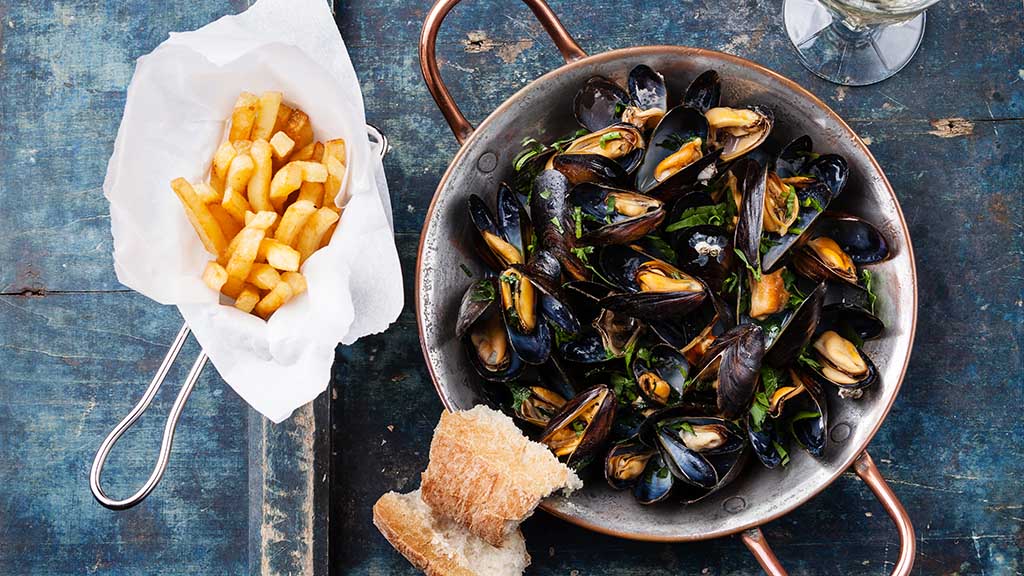 I hope you enjoyed this recipe on how to cook mussels and that you’ve liked reading the best steamed mussels recipe, as well as the best baked mussels recipe. It’s especially great if you want to relive memories of your visit to the Zeeland province and the mussels you’ve eaten. But, anyhow, it’s a recipe that you will make plenty of times after this.

Share this Dutch mussels recipe with your friends or family members who you think will love these Dutch mussels! 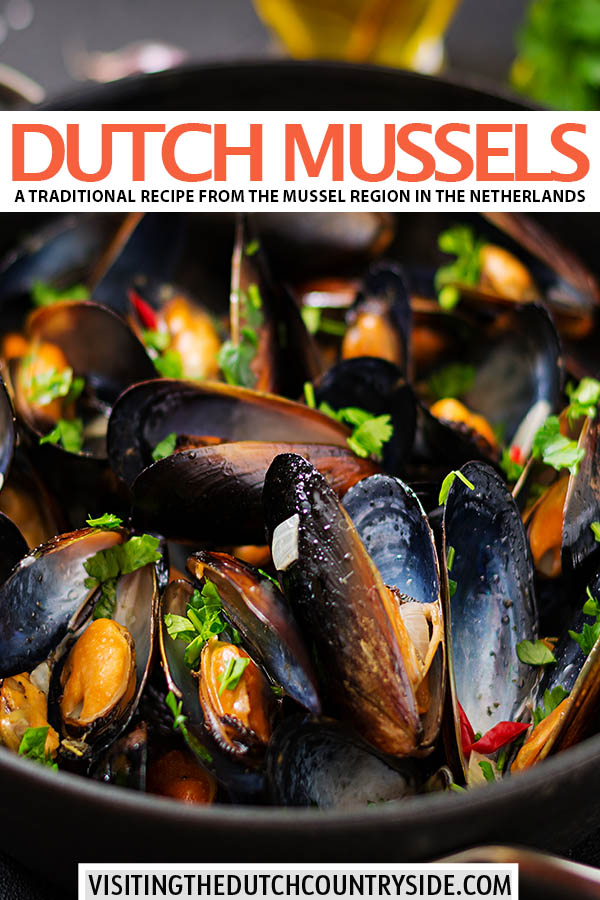 Although I would love to claim that this is a family recipe, it is not. However, this is the best way to make traditional Dutch mussels from the Zeeland province. All the credits for this recipe go to Saskia Maaskant, from Meerminnen verdrinken niet (or actually, her mum). Saskia has also written several interesting Dutch books, but I would recommend you one special book, called ‘Meerminnen verdrinken niet’. This is a great souvenir if you speak or are learning Dutch and want to read a beautiful story about mussels and the life in Zeeland, which can be bought at quite a few local bookstores in the Zeeland province (in towns like Goes).