If there is a Dutch dessert from The Netherlands you need to try, it’s this vla recipe. Custard is something like vla, but this recipe will show you that it is a bit different. It’s tough to explain something that I’ve been used to for all of my life. Luckily, I don’t need to explain too much, besides sharing the best vla recipe. And, that’s better for both of us as I can be quite the rambler. I can guarantee that you will enjoy this vla, which is not a pudding recipe.

There are tons of tasty The Netherlands dessert recipes, and all of them are delicious in their way. One of the things I love the most about vanilla vla is that this is a relatively easy Dutch dessert to make. The Netherlands has quite a bit of desserts to enjoy, but vla (or Dutch custard) is one of the best out there. I hope you will enjoy this original Dutch custard recipe: I use the word custard sometimes as there is nothing else in the English language that comes closer to vla than the word custard.

It is said that the word ‘vla’ comes from the Limburgish word of ‘vlaai’ (which is a delicious sort of Dutch pie). In the 13th century, the word ‘vlade’ was first used in writing and meant a thin, wide pie. Three centuries later, the word ‘vlade’ changed in some areas via ‘vlae’ to ‘vlaai’, and in other areas to ‘vla’. The ‘vlaai’ that was mainly eaten at the time (and nowadays) were either filled with a compote of a dairy product. The dairy product was also eaten apart from the pie, simply because it was and is delicious. In the western part of The Netherlands, people started to call the dairy product filling ‘vla’, which is still called nowadays.

What is vla? Vanillevla is a dairy product from The Netherlands, which is made from fresh cow milk. Vanille vla may seem similar to custard pudding, but it a more fluid consistency and taste different. There are rules within The Netherlands on how a recipe for vla must be made for it to be named vla. The fat percentage needs to be at least 2,6 per cent, and it needs to have at least 50 per cent of cow milk. The traditional way to make this vanille vla recipe is to combine eggs, cornstarch, vanilla, milk and sugar.

Dutch custard (or sometimes named European custard somehow) originated from The Netherlands and only existed in The Netherlands and Suriname (due to colonisation). But, vla has been introduced in Germany under ‘vla’, as there is no German word for vla since 2006. The company of Campina has also introduced it into Belgium under the name ‘vla’ or ‘creme dessert’.

In The Netherlands, you can find tons of different flavours of vla: From chocolate vla to caramel vla. And from coffee vla to the fruit vla. There are also kinds of vla that can only be bought at specific times during the year, such as Oranjevla for King’s Day. And, there are even packages with two flavours inside. But this vla (Dutch custard) recipe will be for the traditional version.

One of the other traditional Dutch desserts has to be vlaflip. It’s very easy to make one. Make a vlaflip with this recipe: layer red syrup, vla, yoghurt and fruits (the last one is optional) in a tall glass and you’re done.

Vla is not pudding, nor exactly custard. Vla as a dessert kind of stands on its own. But, anyway, I hope you will like this recipe for vla. And that you will be making this Dutch vla recipe more than once.

1. Crack the eggs and separate the egg whites from the egg yolks in a bowl.

3. Stir the cornstarch through the egg-sugar mixture.

5. Bring the milk with vanilla slowly to a boil.

6. When it boils, take the milk-vanilla mixture off the heat.

7. Then, you will little by little add the milk-vanilla mixture to your egg-sugar mixture while whisking. Whisking is really important here!

8. Now, you add everything back into the pan you used for the milk-vanilla mixture.

9. Let the vla on a low heat simmer for around 3-4 minutes while constantly whisking: Again, the whisking is essential.

10. After it has simmered for a few minutes, you remove the pot from the heat and will remove the vanilla pod.

11. The vla is now cooling down but has to be stirred quite a bit while it cools. Otherwise, there will form a fleece on top of the vla, which is not what you want.

Does the vla start to separate? You either had it too long on the heat, or the heat was too high. When this happens, take off the vla from the heat and make sure to whisk it really, really well. It will combine again. If this doesn’t work, then you can put the Dutch dessert through a strainer.

You can leave freshly made vla in the fridge for at least a couple of days, but I have a feeling that it won’t take long before you finish eating this delicious goodness. Vla is often eaten with currants in The Netherlands too.

Homemade Dutch vla is not as yellow as the vla you can get out of the supermarket (they add a bit of natural colouring to it). However, it is tastier. So, don’t get freaked out when your vla looks a bit pale: that’s the way it should be.

If this vla recipe’s finished product is a bit too thick for your liking, you should add a bit less cornstarch the next time you make this recipe.

If you don’t have any cornstarch at home, but you do have custard powder, you can also use that to combine it (this will make it also way more yellow). However, I can highly recommend you to use cornstarch if you can.

RELATED ARTICLE  Leek Stamppot Recipe From The Netherlands: Try One Of The Best Potato And Leek Recipes

If you’re vegan and search for a vegan vla recipe, then I have to disappoint you as I have never made a vegan vla and am not the best person to give substitutes for something like eggs (which are absolutely essential in vla). You can switch the whole fat milk to a vegan whole fat version; even though it will taste different, the results should be similar. 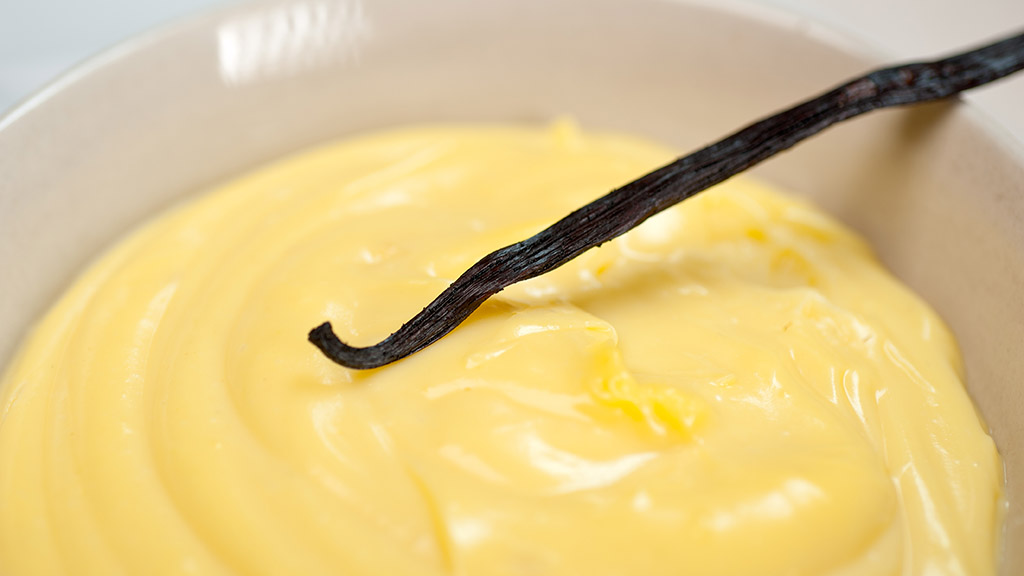 Vla is as Dutch as it can get, so I hope that you enjoyed making this vla recipe. The Netherlands cannot live without vanille vla, and I feel that you won’t be able to do so either. Maybe you will make this traditional Dutch custard recipe for a family gathering or yourself to enjoy (that’s perfectly understandable too).

Share this Dutch vla recipe with your friends or family members who you think will love this vla recipe! 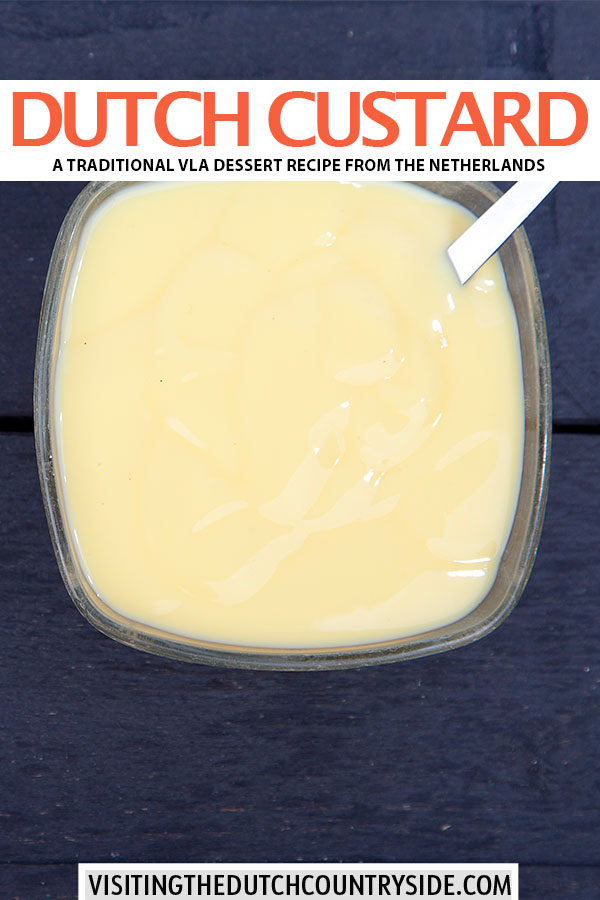