Official Languages Of The Netherlands

Dialects In The Netherlands

The most standard Dutch is called ‘Algemeen Nederlands’, meaning general Dutch. This is the Dutch you will hear on television, radio, read in papers, etc.

Besides that, there are more general dialects, such as Zeeuws (in the province of Zeeland) or Limburgs (in Limburg). But, within those broad dialects, there are massive differences within cities and regions as well. Those differences are so significant that these are then again divided into different dialects.

Westfries is another one, and the dialect that I speak and understand. While the name has Fries in it, the area where Westfries is spoken is ‘De Kop van Noord-Holland‘ (top of Noord-Holland) and is not in Friesland. In Groningen, they speak ‘Gronings’, in Drenthe ‘Drents, in Noord-Brabant ‘Brabants, and so on.

These dialects aren’t simply some words that are different. The sentences change, the tones, the words, etc. It creates a whole other language.

Foreign Languages Spoken In The Netherlands

In general, when in high school, they will teach German and/or French anywhere from two years to five or six years. The exact years depend on the high school level, but we are not going further into this right now. You can also choose additional languages such as Turkish, Frisian, Russian, Arabic, Spanish, etc.

The students on the highest level of high school in The Netherlands have to study Latin and Greek. So, if you are planning to visit The Netherlands and worry about getting around, don’t worry: We speak Dutch and English for sure. Many people can also understand German, but speaking German is not something that most of us know.

HELP OTHERS LEARN ABOUT THE NETHERLANDS! PIN THIS TO YOUR TRAVEL PINTEREST BOARDS! 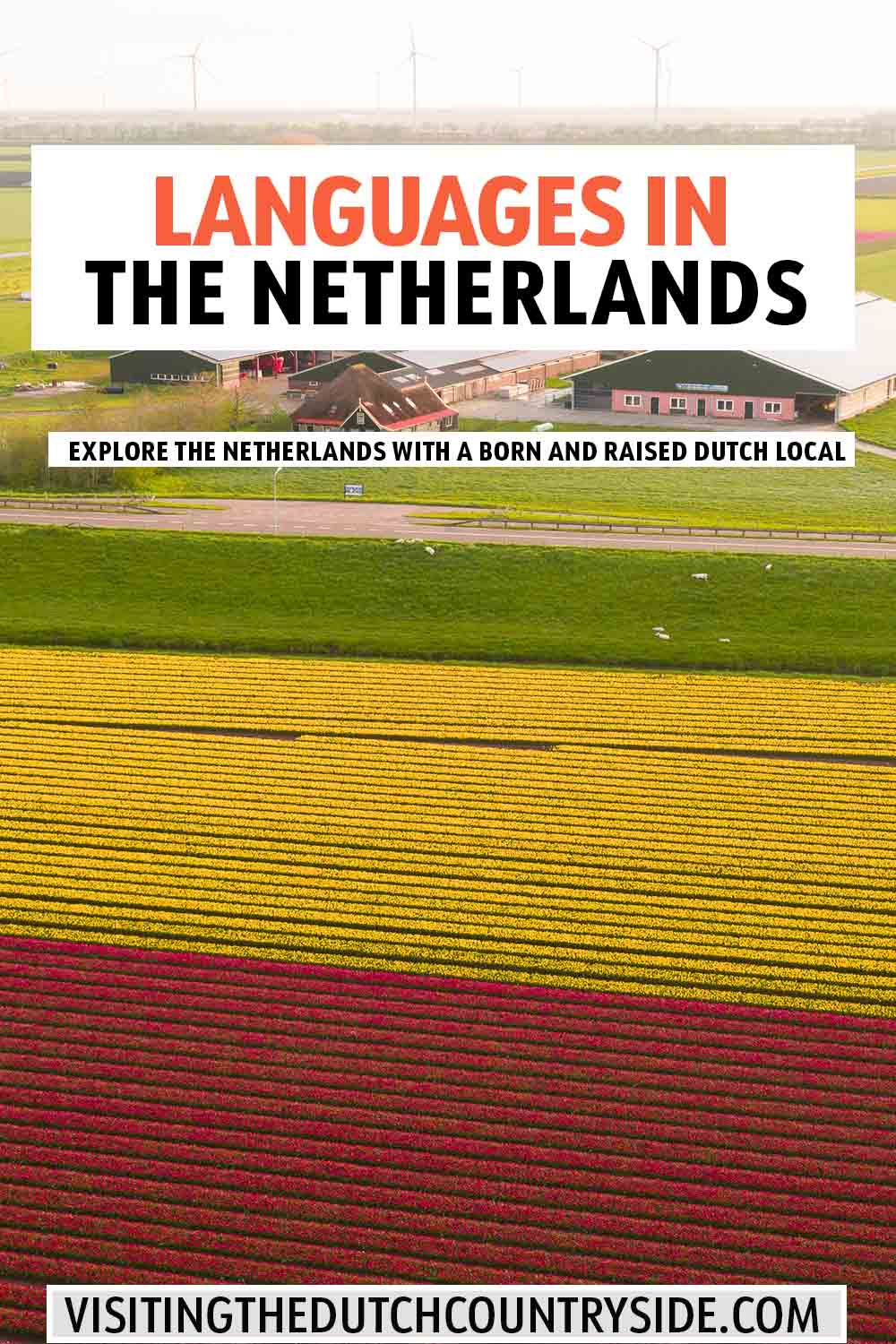