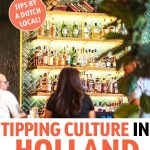 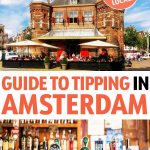 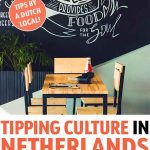 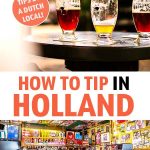 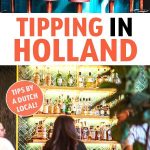 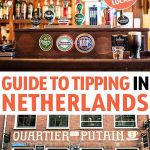 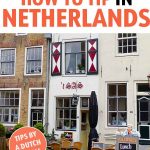 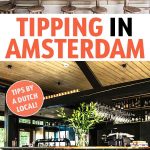 Disclaimer: Service in The Netherlands

Service in The Netherlands in restaurants and many other places isn’t like you would expect if you are from, for instance, the United States. In The Netherlands, we see it as intruding when a waiter doesn’t let us finish our food, and continually interrupts us for asking what we want to drink. Eating is an experience and the way to discuss your day, among other things. If you’re going to drink something extra, you might have to ask the waiter when he or she passes you.

So after this little disclaimer, let’s get into the ins and outs of the tipping culture in The Netherlands.

1) First of all. Tips are ALWAYS voluntary

No matter where you are. If you don’t appreciate their Dutch service or if your food was less than you expected. Or, for instance, if you don’t want to tip. Then it’s completely fine to get the bill and don’t tip. You have to see the tip as a little extra, but it’s not needed to keep them from the streets.

That’s so much money and is seen as a ridiculous amount of money to waste on tips here. If you want to count in percentages, count 5-10%. But what I often do is make it a round number. So from 27 euros to 30 euros, for instance.

Do you have to tip a tattoo artist in The Netherlands? No. You can, but I don’t know anyone who does. It’s their job. It would be best if you saw it as a store. Do you tip people that work in a clothing store or supermarket? No. Well, not in The Netherlands as least. Of course, if you are thrilled with your tattoo and you have some euros to spare, go ahead.

4) Tipping hairdressers in The Netherlands

When I first heard that people tip hairdressers, I was utterly confused. It’s weird. It’s again, their job. You can start tipping everyone with that mindset. The cultural differences are there. I can assure you that most hairdressers will give you the money back as no one tips here.

You don’t have to tip a taxi driver. However, we usually do tip. We tip the taxi drivers in The Netherlands because it makes it easier to pay (and because we usually take a taxi when we have some drinks in our system which makes us more generous).

RELATED ARTICLE  The 35 Biggest Misconceptions And Stereotypes About The Netherlands

How to leave a tip in a restaurant or cafe?

Should you tip the bell boy and maid in hotels?

You can if you want. But in general, quite a few hotels add an addition of 15% for the service.

Tipping tour guides in The Netherlands.

If you are on a free walking tour, you should always leave some money. So technically they’re not free then, but still. Even if it’s just five euros. You can give tour guides that are paid for by a company a tip, but for me, it would be weird.

How to give tips in The Netherlands 101:

1) Tipping is not required. It is a little extra.

2) If you are not happy with your service or food, tell them that. But again, don’t expect, for instance, American style service.

4) Give a tip in cash. This way, you will know that the tipping money will get to the staff.

5) Be clear when you give a tip. Don’t talk soft (don’t yell either), but be clear about the amount that you are leaving. 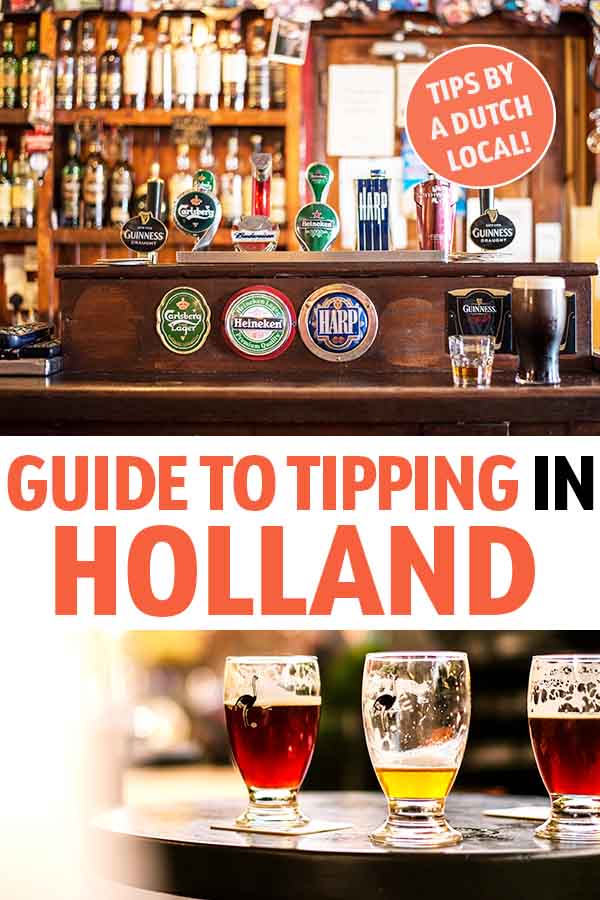 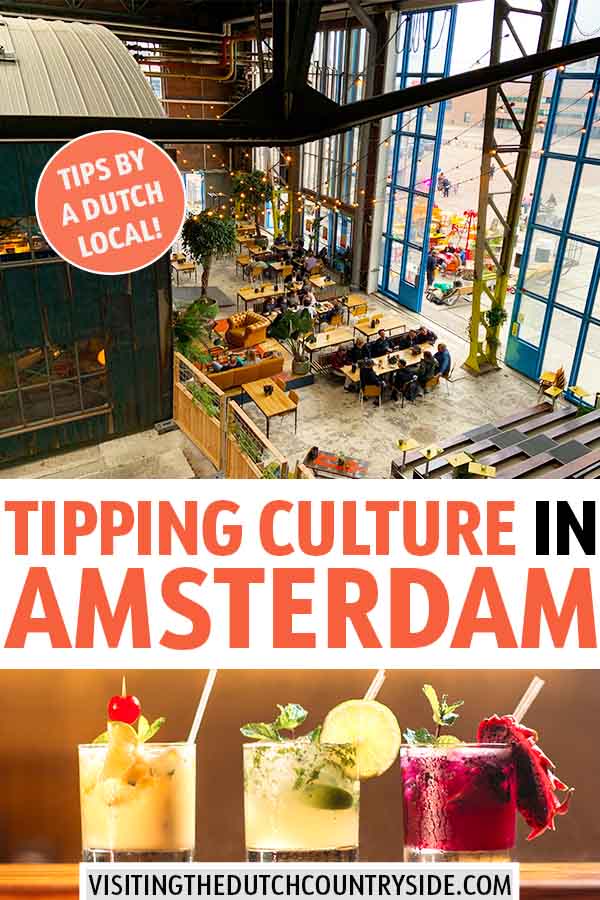 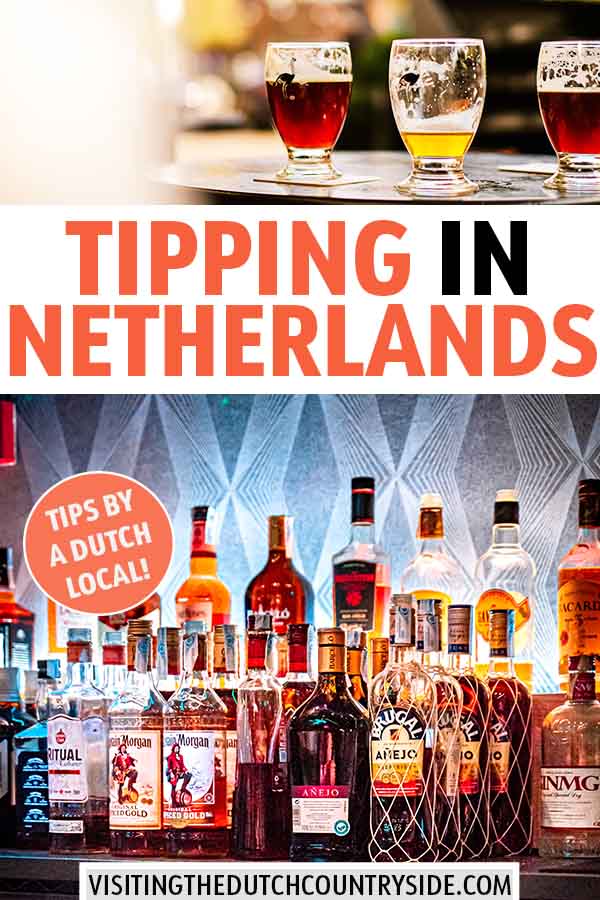 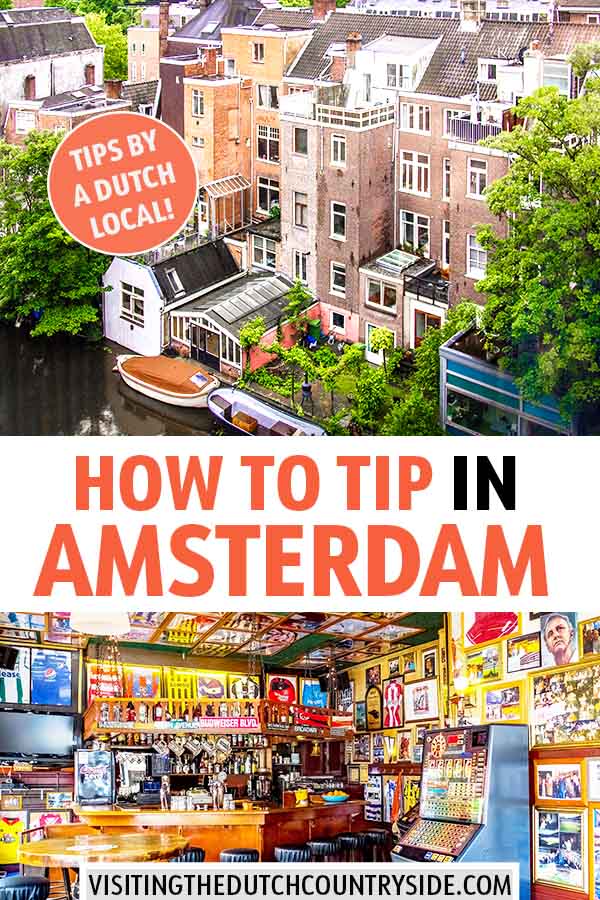 Tips for cycling in The Netherlands

One week itinerary for The Netherlands

Best Dutch castles to visit in The Netherlands

Cities to visit in the province of Friesland

What you need to pack for spring in The Netherlands

Facts about The Netherlands

What you must pack for winter in The Netherlands

Dutch castle hotels you need to stay in

Where to see and find Dutch tulip fields in The Netherlands

I hope that this article about tipping in The Netherlands was helpful to you. Share this post!!