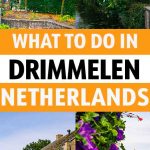 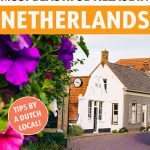 Whether you were searching for hidden gems in The Netherlands or unusual places to travel to, Drimmelen is the perfect location. The village is found next to one of the biggest National Parks in The Netherlands and is authentic and incredibly cute. If that doesn’t give you enough reason to visit one of the best small towns in Noord (North)- Brabant, then I don’t know what will. Nature and cuteness are all you need.

Here you will discover things to do in Drimmelen for every season: From spring to summer and from autumn to winter. This itinerary for Drimmelen will show you all the sights and attractions you need to see. Drimmelen is more than worth visiting. One thing that I love is that it can be a bustling (around its harbour during the summer days), but it’s not overwhelming at all. Tourism in Drimmelen is there, sometimes, but it’s not like you will find massive crowds there.

There might be affiliate links found in this article.

What to do in Drimmelen: Find things to do in the most beautiful village in Noord- Brabant

Visiting Drimmelen is one of the things you need to do in Noord (North) – Brabant. So if you were searching for places to visit in The Netherlands, then don’t skip this small town. Sightseeing in Drimmelen will be short but exceptional and magical.

The centre of Drimmelen is small but so beautiful, so I hope this city guide and blog for Drimmelen (or actually: village guide) will be helpful for you. 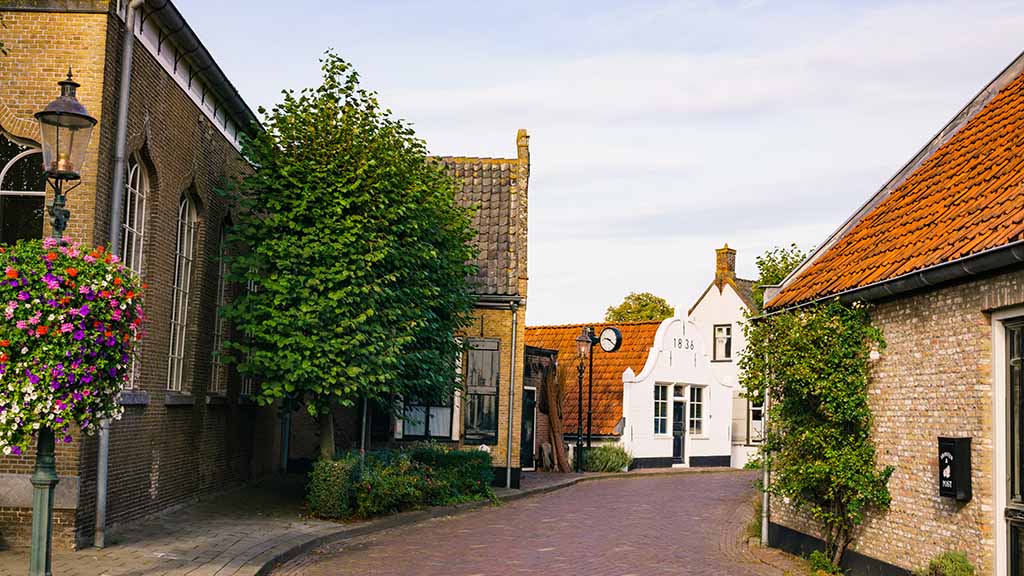 The village of Drimmelen is one of the best destinations you can visit in the Dutch province of Noord (North)- Brabant. So if you’re wondering ‘where is Drimmelen, The Netherlands?’, then it’s not found in the Holland region, but in Noord- Brabant.

Drimmelen has currently a population of around 500 people and is located between the towns of Made and Geertruidenberg. The closest city to Drimmelen village is Breda, and the small town of Drimmelen is found on the edge of the Amer river.

Some people say that the name, Drimmelen, refers to the distance from the city of Geertruidenberg; which is ‘drie mijlen’, or three miles/ 4,83 kilometres. Another option might be that Drimmelen comes from the Celtic word ‘drumlin’, which means a higher place, think of a river dune, for instance.

Drimmelen was part of the Baljuwschap Zuid- Holland, which was a trading dominion. When the French occupied The Netherlands, they combined Drimmelen and the nearby town of Made to the municipality of Made and Drimmelen.

RELATED ARTICLE  Things To Do In One Day In Ravenstein, The Netherlands: Explore One Of Brabant's Best Destinations 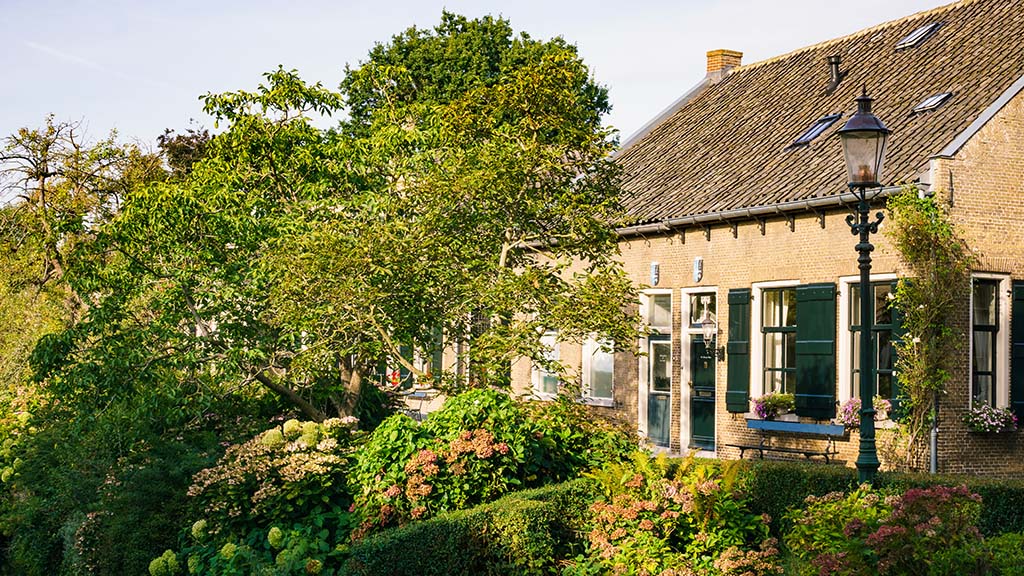 Where to stay in Drimmelen

Although Drimmelen isn’t the biggest village in The Netherlands, there are plenty of things to do in Drimmelen and its surroundings. I would recommend you to have a look at the accommodation in Drimmelen to find your favourite Hotel or B&B below. Spending one night in Drimmelen is perfect, especially if you’re a fan of small towns, the Dutch countryside and nature. You’ll be wholly rested by the next day.

These are the only options when it comes to staying the night in the village of Drimmelen. Another option would be to stay in a hotel in the nearby towns of Made or Geertruidenberg. 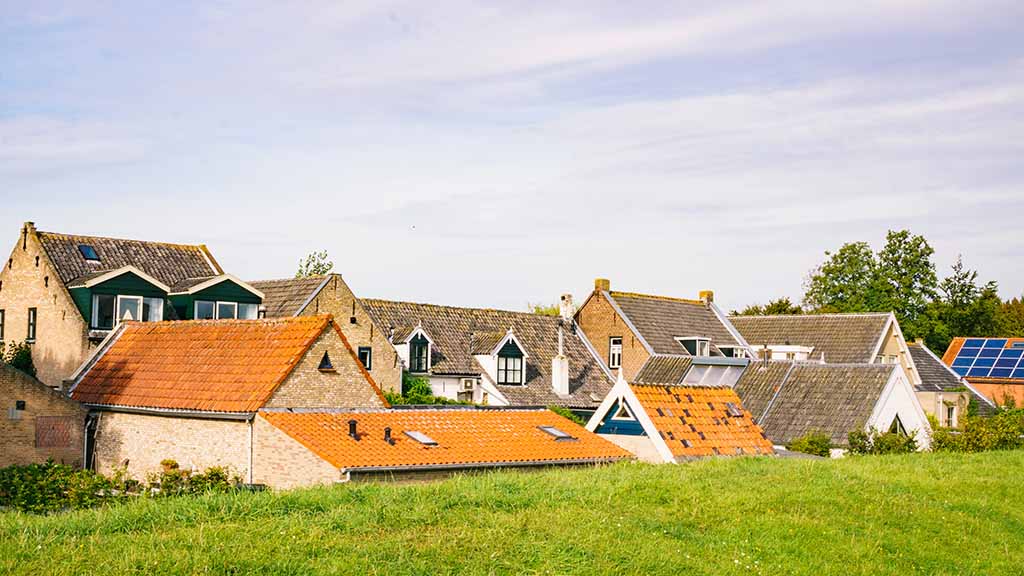 Where to eat in Drimmelen

On the one hand, I’m surprised by the number of restaurants in Drimmelen, but on the other hand not so much as it has a relatively busy harbour. Some of the best restaurants and cafes in Drimmelen are Boeien Foodtruckrestaurant, More-Itz, Beachclub Puur and Panorama. But no matter where you will eat in Drimmelen, you’ll be fine.

Things to do in one day in Drimmelen

As Drimmelen is a village, there are not the most activities. However, there’s still enough to do and see in Drimmelen to spend one day in this beautiful Dutch village in Noord (North)- Brabant. Find what to do and landmarks to see in Drimmelen here.

Most beautiful streets in Drimmelen

Drimmelen is one of those idyllic, picture-perfect villages in The Netherlands and a big part of the town is a protected cityscape. Now, as it’s small (because, well, it’s a village), you can easily walk the entire place in fifteen-thirty minutes or so. However, as there are plenty of other sights and landmarks to see in Drimmelen, as well as things to do, Drimmelen is still worth a visit.

And one of the best things to do when you’re spending one day in Drimmelen is to discover the magical streets. The most beautiful streets in Drimmelen are Herengracht, Weitjes and the Dorpsstraat. When you’re walking through these streets, make sure to look out for a beaver! Since 2013, a beaver is living in Drimmelen, and you can often see him during the evenings in the water of the Herengracht. 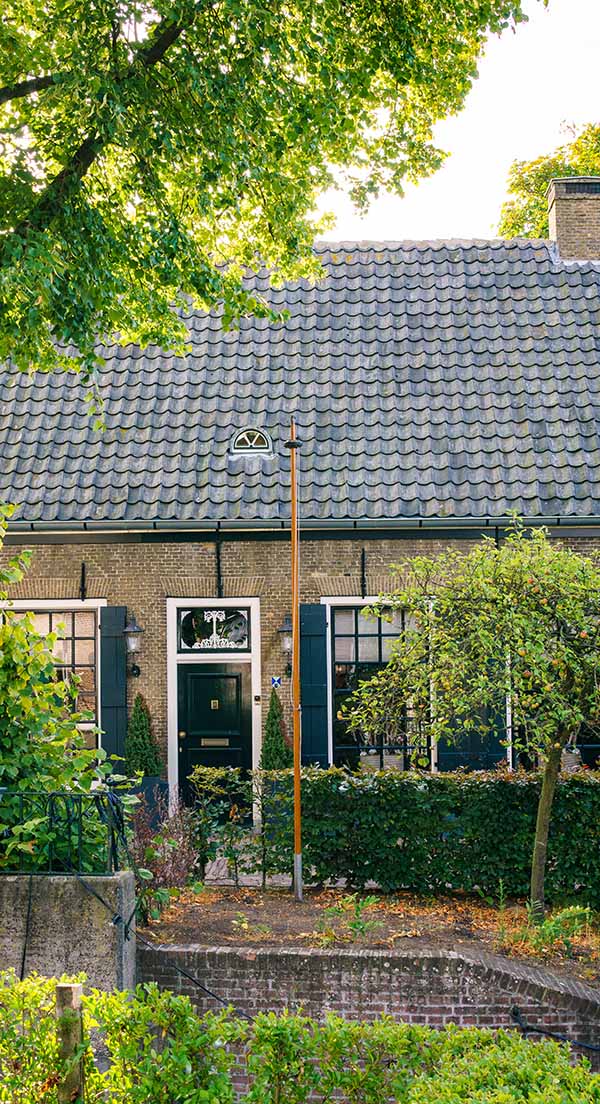 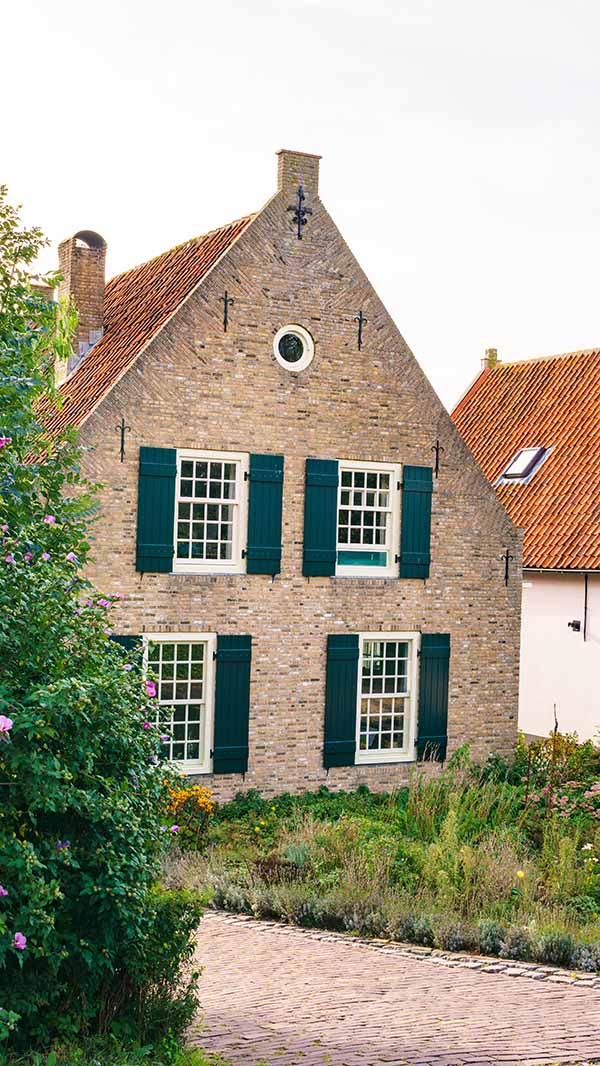 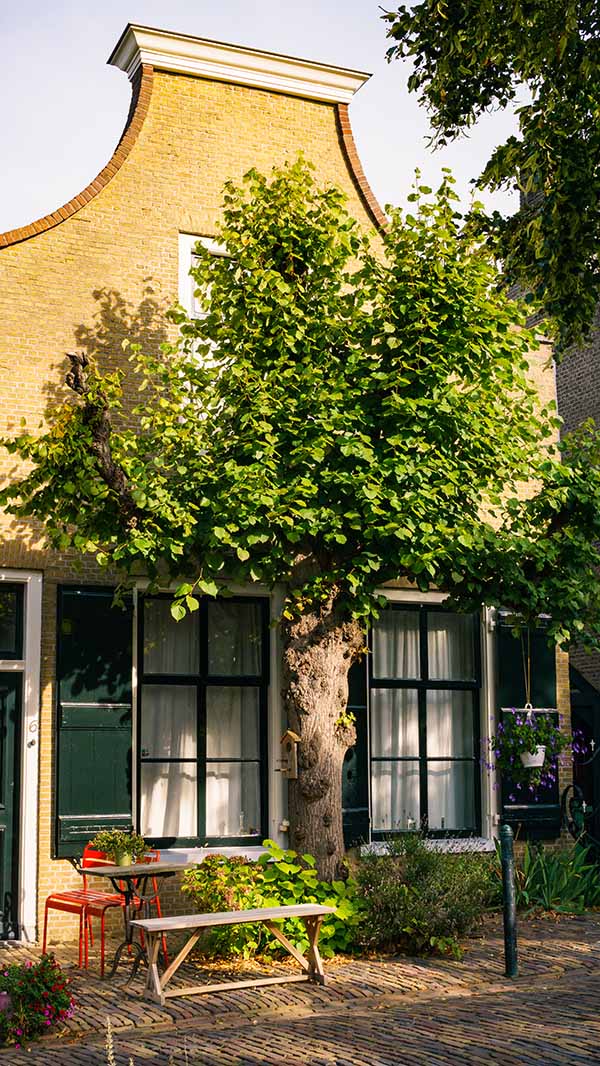 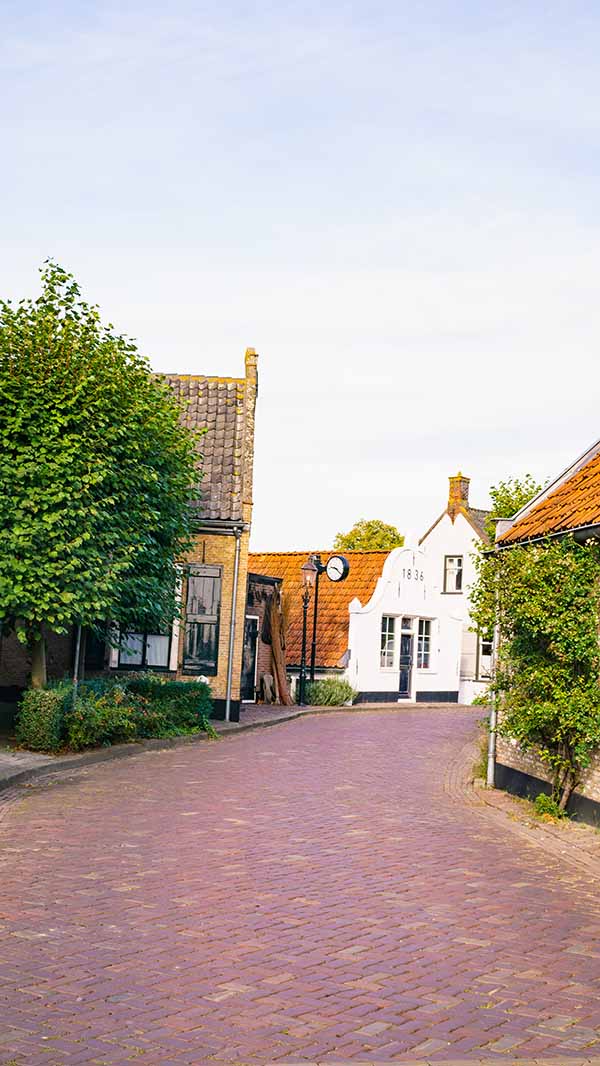 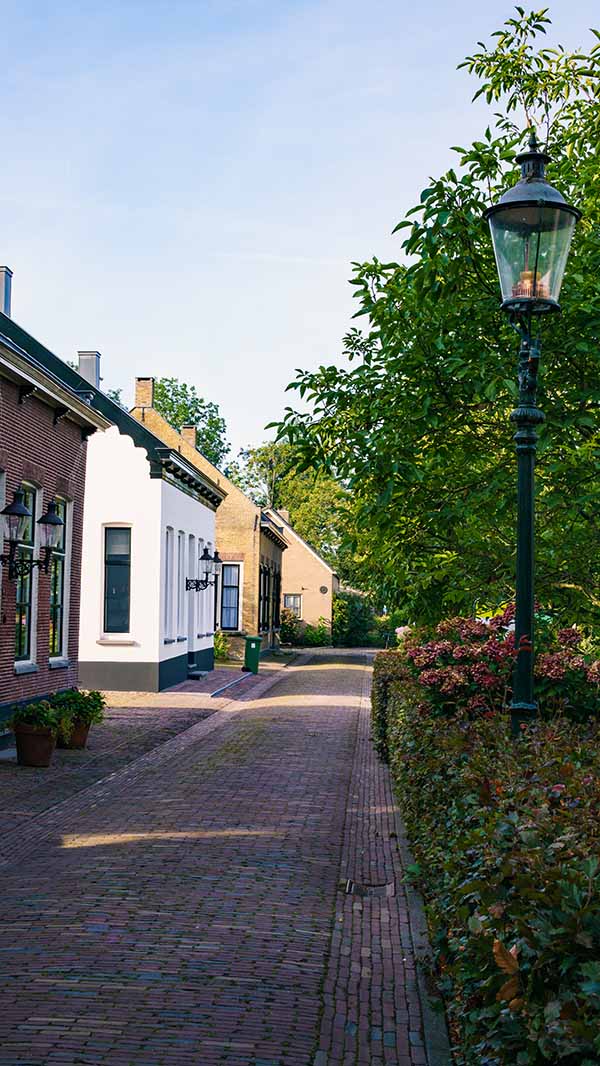 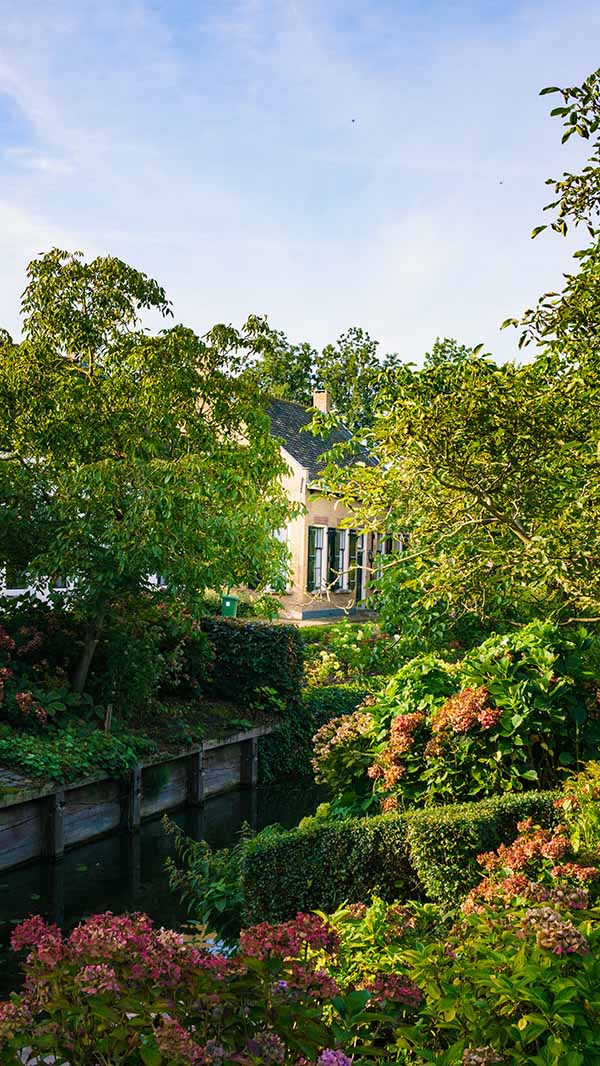 Most beautiful monuments in Drimmelen

You will see many early 18th century houses in Drimmelen and even farms. It’s a magical destination in The Netherlands to walk through. I would recommend you to walk to:

RELATED ARTICLE  One Day In Megen: Things To Do In This Beautiful Small Town In Noord (North)- Brabant, The Netherlands 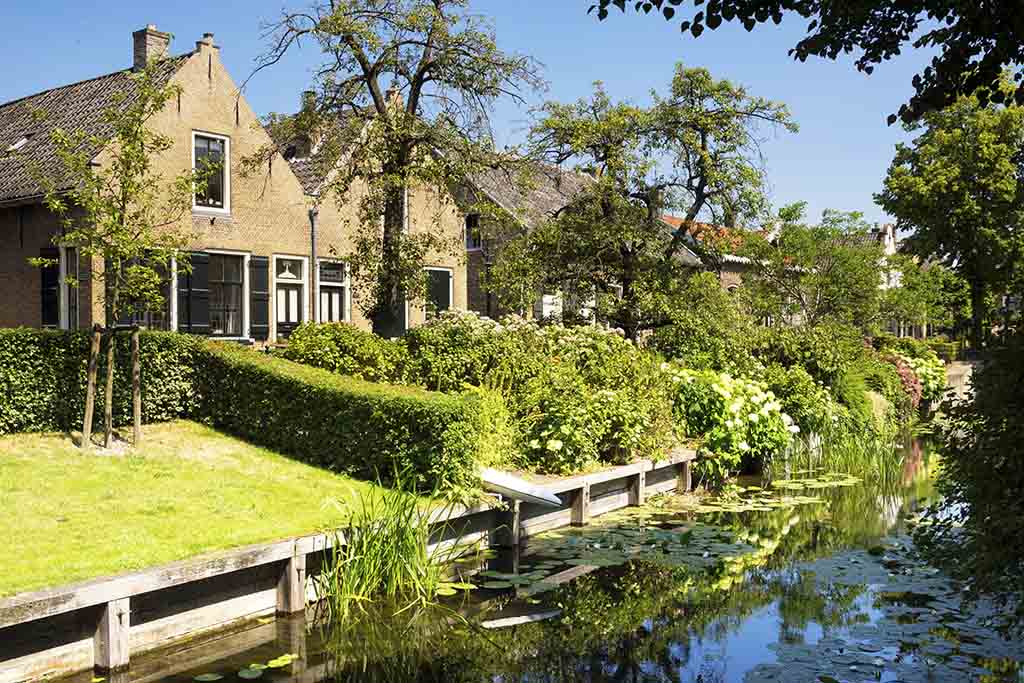 The tourism office of Drimmelen (VVV) is also found in the Biesbosch visitors centre. 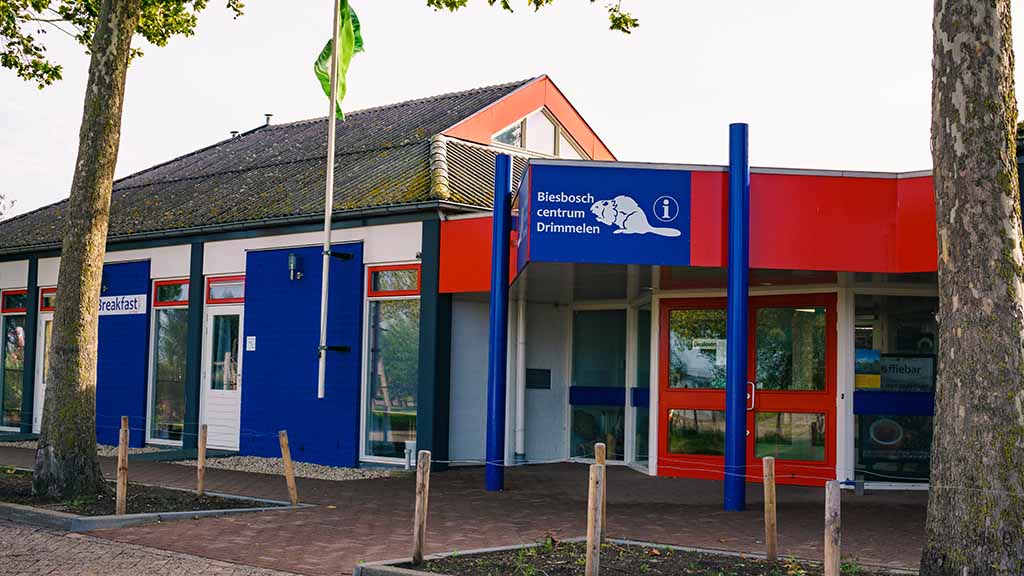 Boat tour of the Biesbosch National Park in Drimmelen

With excursion boat the Zilvermeeuw, you can experience the Biesbosch National Park by boat from Drimmelen. You can sit, listen and enjoy the beauty of The Netherlands from their boat. You can reserve a ticket for a Zilvermeeuw Biesbosch boat trip online, or you can grab yourself a ticket at their ticket booth in Drimmelen. Their website is in Dutch, but Google Translate will help you out with that. All I can say is that a boat trip through the Biesbosch National Park will be one of the highlights of your The Netherlands and Noord- Brabant itinerary. 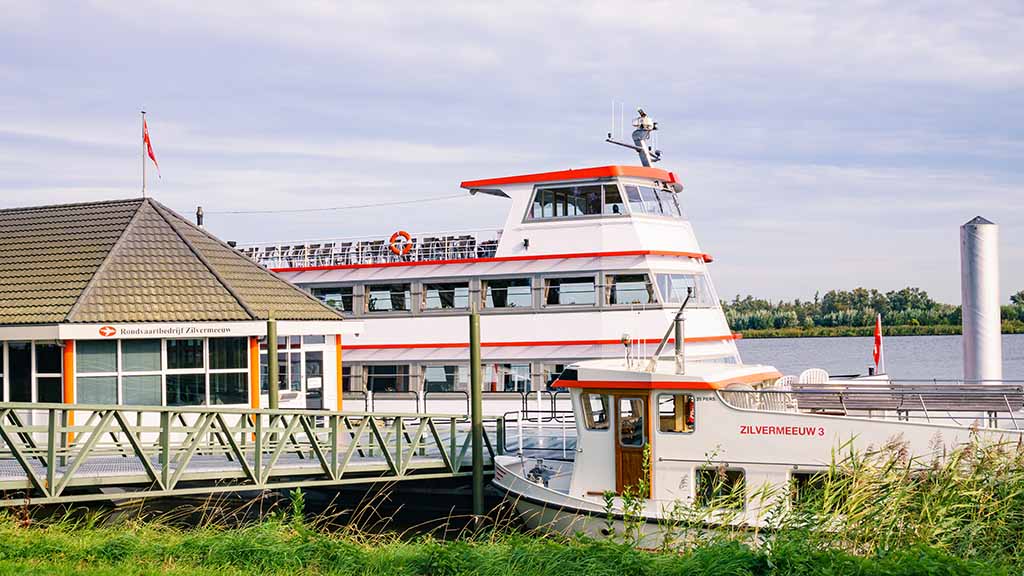 Visit the beach in Drimmelen

At one of the best restaurants found in the village of Drimmelen, you can also discover the only beach in this village. At beachclub Puur, you can enjoy the rest of your 24 hours in Drimmelen and watch the sun set slowly in the Amer river and behind the Biesbosch. It’s a spectacular view and one of the best things to do in Drimmelen in the evening. Combine that with having your toes in the sand and the sound of the water passing by, and it’s a perfect end of your day. Visiting this beach in Drimmelen is a must-do.

Rent a boat or canoe in Drimmelen 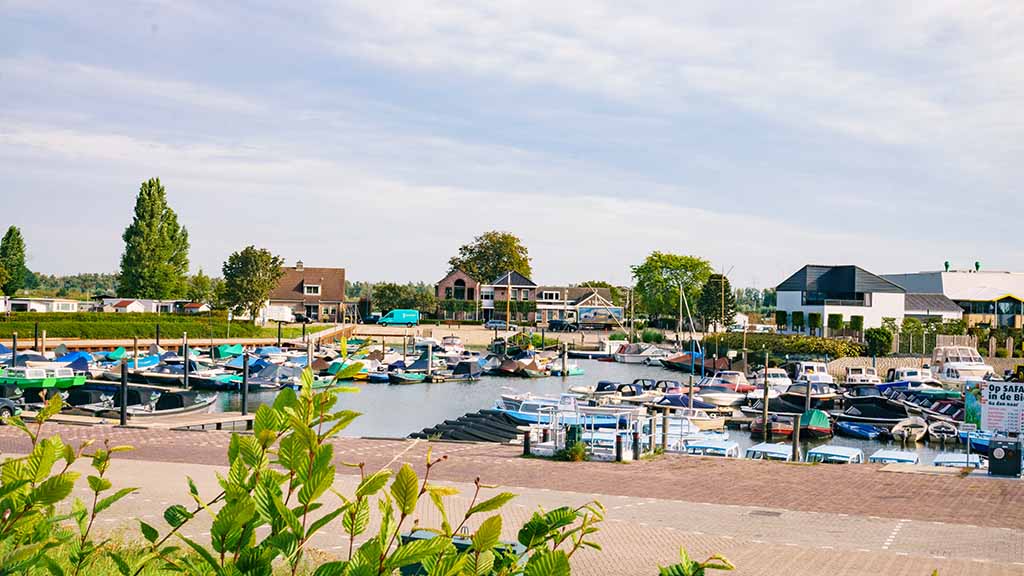 Things to do in the surroundings of Drimmelen

Explore the fortified town of Geertruidenberg

Geertruidenberg is a fortified city that is located near the village of Drimmelen. If you want to visit Geertruidenberg from Drimmelen (or the other way around), then I would recommend you to visit by bike or by foot, as it’s only six kilometres away and public transportation will take you a lot longer.

The city of Geertruidenberg is also found in the province of Noord (North)- Brabant and is located on the edge of the Amer river (just like Drimmelen). It’s a small town, but definitely worth a visit as you can see by the photo below.

RELATED ARTICLE  Things To Do In One Day In Den Bosch: Discover The Best Itinerary For A Day Trip To 's-Hertogenbosch, The Netherlands 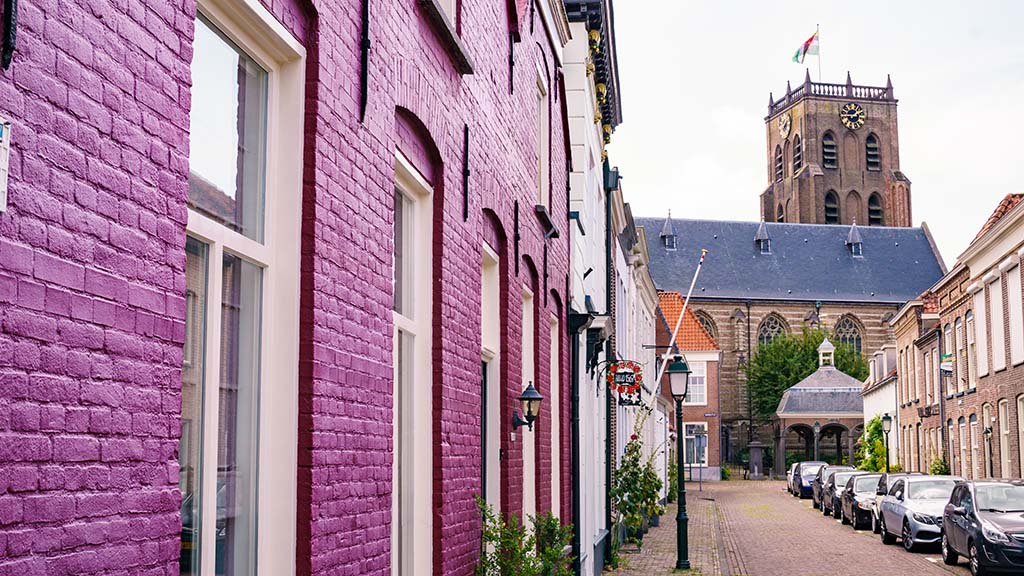 On the western part of the village of Drimmelen, you can find a nature reserve called: De Worp. This area is 13 hectares big, and the polder of this area near Drimmelen dates back to the Middle Ages. It was one of the regions that were flooded during the Sint Elisabethsflood in 1421. Part of this area was flooded for good; other parts slowly became accessible again due to the construction of dykes.

Over the centuries, a lot of peat was harvested, which is why De Worp stayed a nature reserve with a lot of water. You might even spot some beavers, as they’ve crossed the Amer river from the Biesbosch National Park to De Worp.

Visit the old city of Breda

Breda is the biggest city that can be found relatively near Drimmelen, so it’s very easy to visit Drimmelen as a day trip from Breda. If you haven’t visited Breda yet, but you’re planning on visiting Drimmelen, then I would recommend you to kill two birds with one stone (not literally). These two destinations are some of Noord (North)- Brabant’s best cities and small towns to visit.

Breda has so much to offer. From one of The Netherlands most beautiful and biggest courtyards to an incredible church, fun museums and great nightlife. 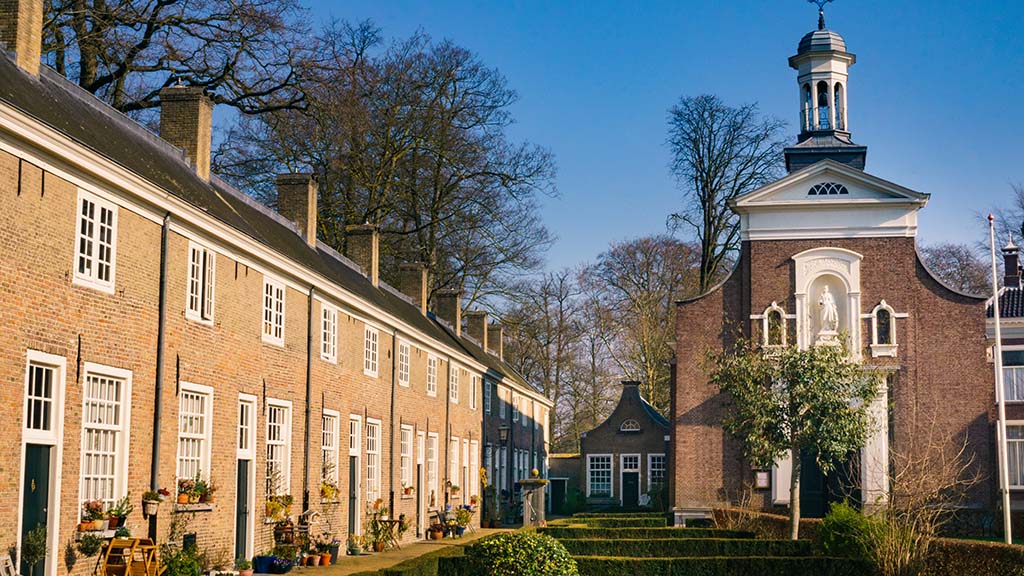 Experience the Zuidwaterlinie in Noord- Brabant

The Zuidwaterlinie is a military defence line that stretches from the south of the province of Zeeland until Nijmegen and was built in the 17th and 18th century. The most significant part of this defence line in The Netherlands is found in the province of Noord- Brabant.

Near Drimmelen, between the towns of Den Hout and Made, you can find a part of the defence line. It’s called Linie van Den Hout, which is a nature reserve in this part of Noord- Brabant. Together with the Spinolaschans (near Breda) and the Linie van de Munnikenhof (near Terheijden) it’s 42 hectares.

You can walk on the ramparts, see animals, cycle and walk around, and simply recharge yourself in a beautiful area.

How to get to Drimmelen

Things to do in Bergen op Zoom

Things to do in Grave

Things to do in Oudenbosch

Things to do in Eindhoven

One week itinerary to the southern Netherlands

Whether you want to visit Drimmelen as a day trip or want to spend a weekend here, you won’t be disappointed. Especially, if you’re a fan of nature and relaxing, you must visit Drimmelen. I hope you enjoyed this Drimmelen itinerary on what to do here. Share this post!