One of the most extraordinary locations and destinations that you can find in the Dutch province of Noord (North)- Brabant is Oudenbosch. If you’re here, you’re possibly interested in spending one day in Oudenbosch, which you should absolutely do. For a small town like Oudenbosch, I was surprised by how many things you can do here. Visiting this small town in Noord- Brabant is one of the things you need to do when you’re visiting this province in The Netherlands.

Discover the complete travel guide for Oudenbosch below, which includes landmarks, what to do, must-sees and even day trips from Oudenbosch.

What things to do in Oudenbosch, Noord- Brabant

Even though the town of Oudenbosch in Noord- Brabant isn’t the biggest in The Netherlands, it has a few very spectacular and unique things to offer that you won’t find anywhere in this country.

History and facts about Oudenbosch

The name Oudenbosch was originally called Oud Baerlebosch. This referred to the nearby creek called Barlaecke. As time went by, Oud Baerlebosch changed into Oudenbosch. In 1275, Arnoud van Leuven and his wife Elisabeth gave the Baerlebosch and a lot of swampy land to an abbey in Hemiksem. The monks of the monastery extracted the area from peat, and a small canal was dug around the 1300s.

During the 80-year-war Oudenbosch was plundered by the Sea Beggars. But that’s not all. From 1604-1605, the plague was taking over Oudenbosch, and almost all the inhabitants died. In 1625, another plague epidemic made its way to Oudenbosch. After the French occupation was finished, the local economy became a bit better.

The city of Oudenbosch is located on soil that has sand and marine clay, which turned out to be very fertile for tree nurseries. Oudenbosch served as a depot for Catholics that were fighting on the side of Pope Pius IX. They could stay in Instituut Saint- Louis and got their first training in Oudenbosch.

Because Oudenbosch was a spiritually important town, a new church with a dome was built. It was inspired by the St. Peters Basilica in Rome but is a tad smaller. Construction started in 1865, and it was finished in the 1880s.

Oudenbosch had a relatively easy time during the Second World War. There were no bombings, massive destructions or deaths. The only thing was that the economic crisis made everything a lot harder. Oudenbosch was freed from the Germans on the 30th of October 1944. 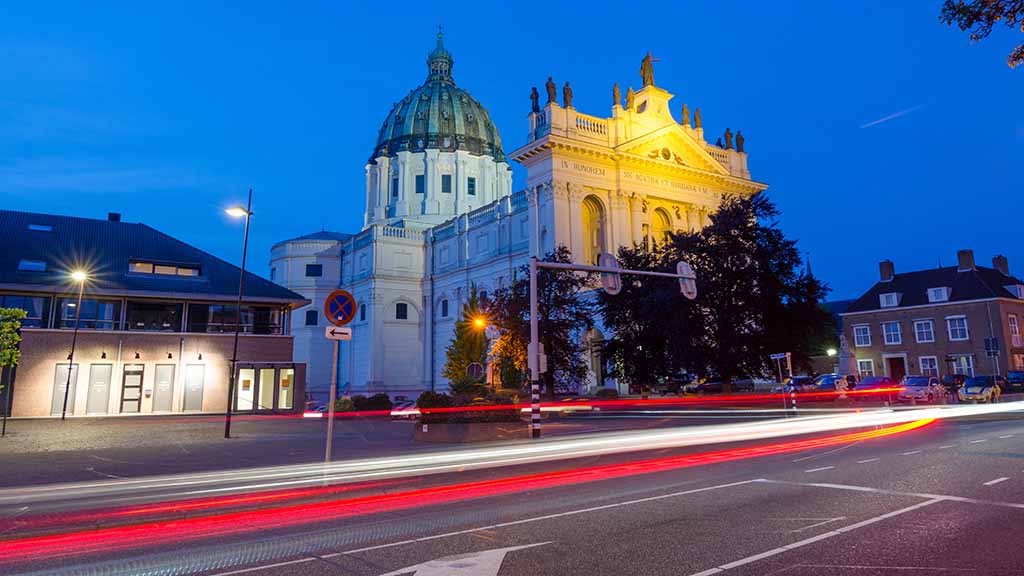 Where to stay in Oudenbosch 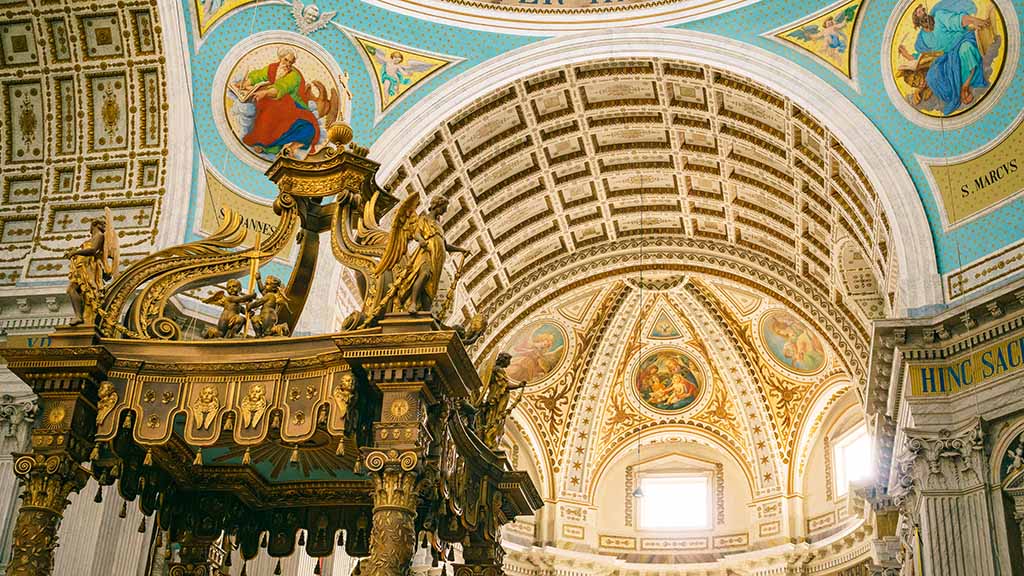 Things to do in Oudenbosch

As Oudenbosch is a relatively small town, I can combine everything that you can do here in this piece of the article. But you can still spend one day in Oudenbosch and its surroundings. Spending 24 hours in Oudenbosch alone will be a bit much, in my opinion.

Most beautiful streets in Oudenbosch

There are quite a few charming streets with picturesque buildings (and a small harbour) in Oudenbosch, and those are mainly found around the following streets:

Most beautiful monuments in Oudenbosch

At Markt 32-34 you can find Chapel Saint Louis, which is the former boarding school of the Broeders van Oudenbosch.

At Markt 61, you can spot the former Sint-Anna monastery which was founded in 1837, but currently, the oldest building is from 1890.

At Markt 66-68, you will discover a former college for Jesuits.

At Fenkelstraat 24, you can find a simple church built in neoclassical style in 1819.

At Fenkelstraat 26, you will see a presbytery which dates back to 1562, but it was renovated in 1632 and revamped in the 19th century.

At Markt 31, you will discover the former town hall of Oudenbosch which dates back to 1776. It was the town hall until 1972.

At Jezuïetenplein 3, you can find the former Jesuits monastery. Nowadays an observatory is located here.

Visit the botanical garden in Oudenbosch

The botanical garden in Oudenbosch is a spectacular and beautiful oasis. In this former monastery garden, you can find more than 2500 rare trees and plants, plus it takes you away to a completely different world. It’s so peaceful here, and while the town of Oudenbosch is also pretty calm, trees and plants make everything better.

Enjoy the best museums in Oudenbosch

I was amazed by the number of museums that you can find in Oudenbosch. One of them is focused on religious aspects, or more the history of papal Zouaves who fought for the Papal States in Italy, over which the Pope had sovereignty. The other museum is focused on natural history and ethnology.

The Dutch Zouave Museum was found by a member of the Congregation of Saint Louis in Oudenbosch. The member, Christofoor van Langen, was very interested in the history of the papal Zouaves and collected many documents and items that surround the subject. All these pieces were put in a museum in 1947. After he died in 1968, the collection was loaned to the Oudenbosch municipality. They determined that the former town hall in Oudenbosch was the perfect place for a permanent museum, which was then opened in 1975.

RELATED ARTICLE  One Pretty Day In Drimmelen: Discover One Of The Most Beautiful Villages In The Netherlands

Oudenbosch Museum of Natural History and Ethnology shows impressive collections in many different fields. If you’re interested in geology, biology, humans and environment, and ethnology, then this museum in Noord- Brabant is excellent for you to visit.

Tips for visiting the Basilica in Oudenbosch

The Agatha and Barbara Basilica in Oudenbosch is a Roman-Catholic church in the province of Noord- Brabant. This beautiful church in The Netherlands is a small version, and copy, of the St. Peter in Rome. The architects of this version are P.J.H. Cuypers and G.J. van Swaay.

Both the inside and outside are heavily copied from the St. Peter in Rome. Even pieces from the Sistine Chapel are found in the small domes in this basilica in The Netherlands.

Priest Willem Hellemons gave orders to built this church as a replacement of the gothic church of Oudenbosch. This priest had studied in Rome as was blown away by the architecture.

When you visit this basilica in Noord- Brabant you will be mesmerised by the endless ceiling frescoes and statues. What I would recommend you to do, when you visit the highlight of Oudenbosch, is to take your time. It’s a big basilica, so enjoy it by taking it all in. The basilica in Oudenbosch is free to visit, and for a little extra, you can walk up to the dome of this church on Noord- Brabant. It doesn’t get jam-packed in this basilica yet, so that is a bonus. 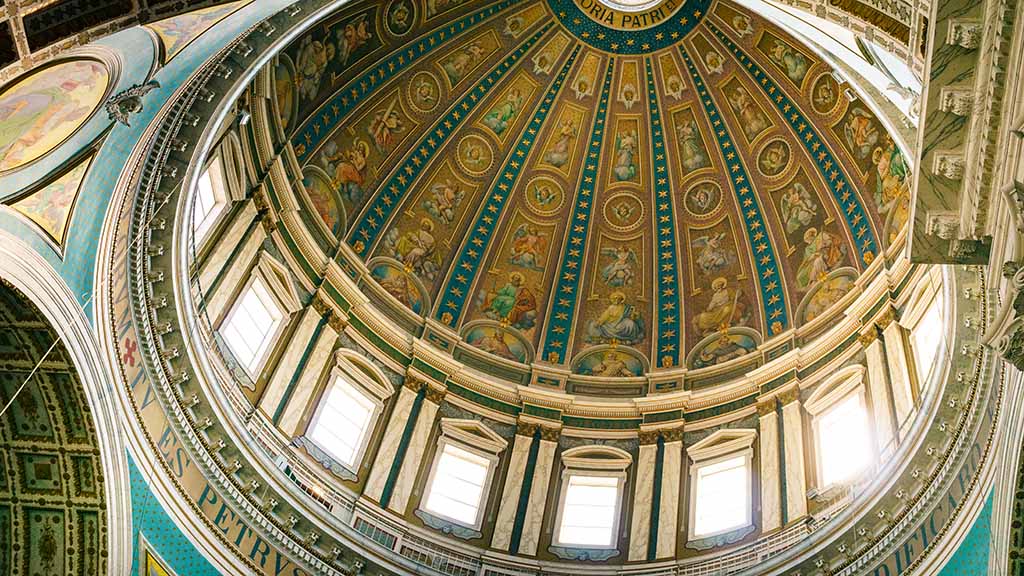 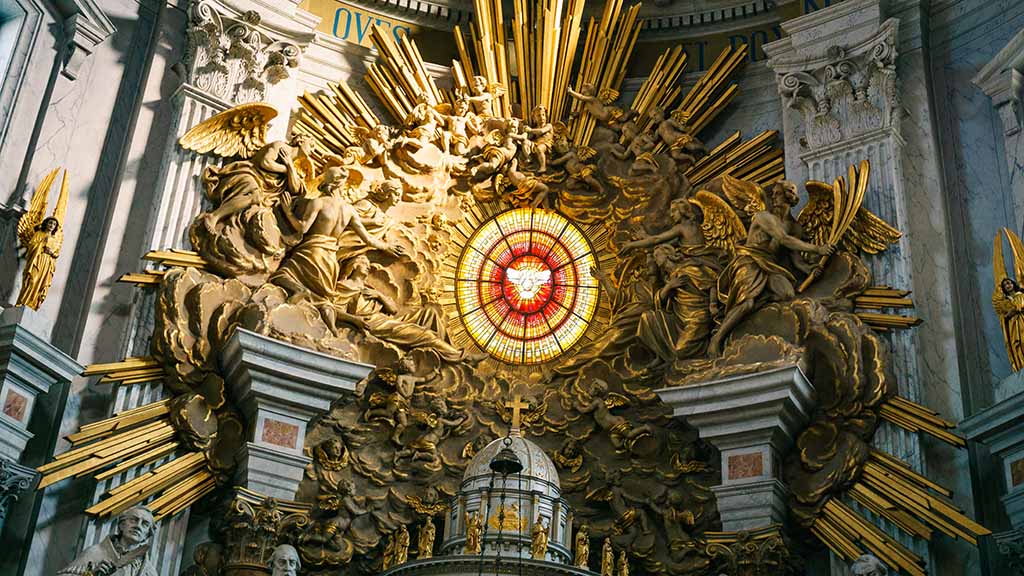 For such a small town, Oudenbosch has quite some restaurants that you can visit. I would recommend you to visit restaurants such as Brasserie Het Vrolijke Schaap and ‘t Zusje Oudenbosch, but honestly, the food will be good wherever you might end up at (as otherwise, they wouldn’t survive in such a small town).

Things to do in the surroundings of Oudenbosch

This nature reserve can be found just southwest of Oudenbosch. It is owned by Staatsbosbeheer (which is one of the non-profit organisations that buys nature and takes care of nature). This piece of nature in Noord- Brabant is unique in the region and covers 23 hectares.

With the correct management and extra seepage water, a beautiful area existed with a lot of distinctive flora and fauna. Because of water extraction and agricultural dewatering, the amount of seepage water decreased. That’s why Staatsbosheer excavated 12 hectares of soil to make sure new, and fresh seepage water could make its way to the roots of the flora. After that, seeds that were hidden in the soil for hundreds of years got their chance to shine. 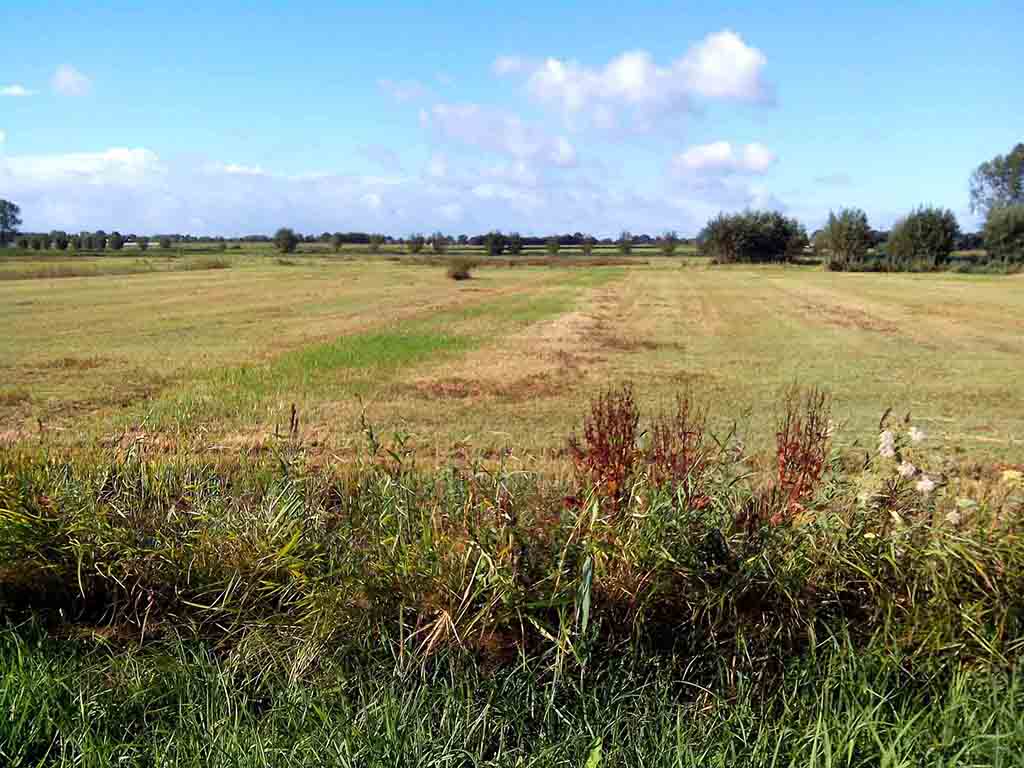 RELATED ARTICLE  One Day In Willemstad, The Netherlands: Explore Things To Do In This Fortified Village In Noord- Brabant

I would recommend you to spend a full day in Bergen op Zoom, especially as its surroundings also have a lot to offer. 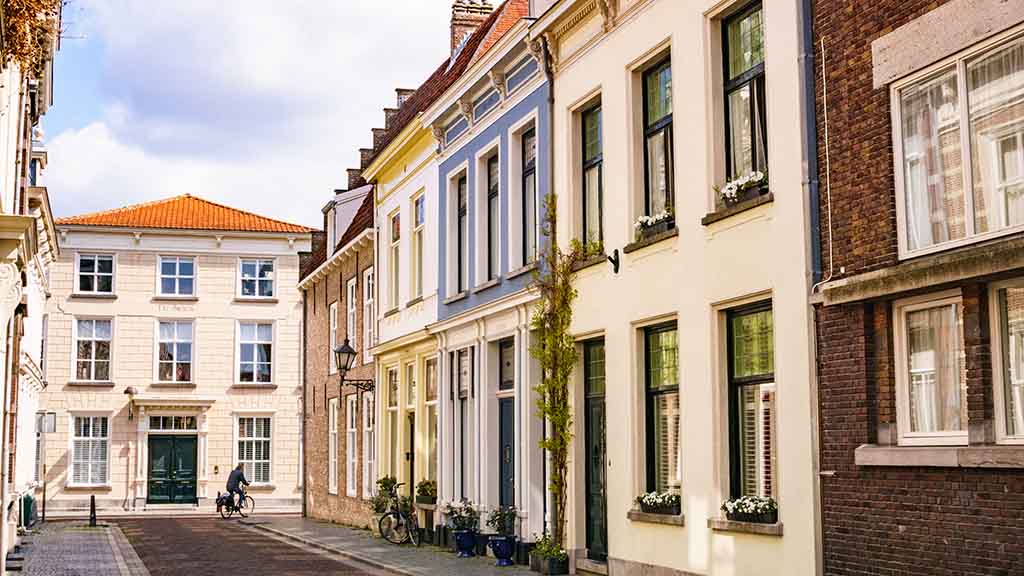 How to get to Oudenbosch

From Bergen op Zoom: It takes around 30 minutes by train to get from Oudenbosch to Bergen op Zoom (and of course the other way around). You do have to change trains once.

From Amsterdam: To get to Oudenbosch from Amsterdam Centraal station it takes you around 2 hours. You’d have to take either two or three trains to visit this small town.

Other The Netherlands travel blogs and guides you’ll love

One week itinerary for the south of The Netherlands

One day in Bergen op Zoom

Things to do in Grave

One day in Eindhoven

Things to do in Middelburg

I hope that you enjoyed this travel blog about yet another unknown destination in The Netherlands. As you can see, Oudenbosch has quite a lot of things to do and see. The Noord- Brabant province in The Netherlands is filled with other places to visit, so don’t forget to explore more of this southern Dutch region when you’re there. Share this post!!